Insulating against the coming cold 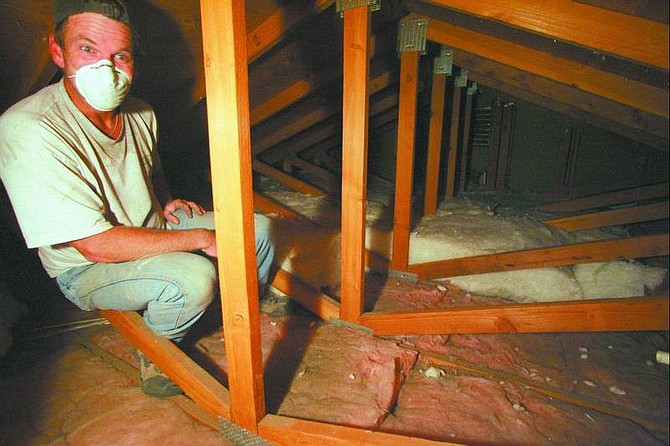 BRAD HORN/Nevada Appeal Todd McPhail installs thicker insulation material into the attic of a north Carson City home. The insulation will help keep the home warm in the winter and cool in the summer.