Searching for answers about a WWI-era banjo 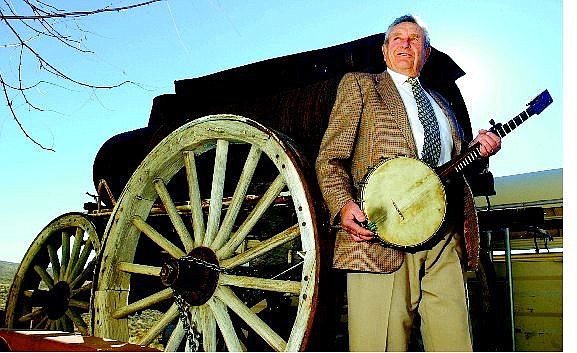 BRAD HORN/Nevada Appeal Tom Dotson talks about his recent purchase of this historic banjo, while standing next to a Studebaker water wagon from 1882 at his Carson City home on Saturday.