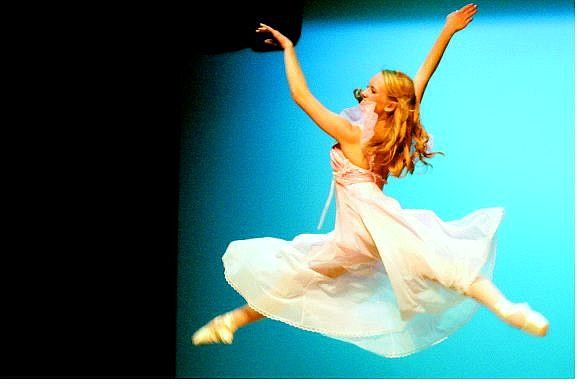 photos by BRAD HORN/Nevada Appeal Becca Kitchen, 16, of Carson City rehearses the pas de deux during the dress rehearsal Tuesday for the upcoming &quot;The Nutcracker&quot; performances at the Carson City Community Center. Kitchen is playing the part of Clara on Friday and Sunday. Katie Lauer, 15, of Carson City, (not shown) will perform as Clara on Saturday.