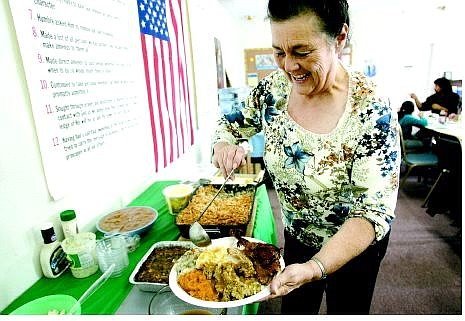 Cathleen Allison/Nevada Appeal Joycelyn Salmon, a volunteer with the Stewart Community Baptist Church, dishes up a meal Thursday for some of the dozens of people who came to the church for a free holiday meal.