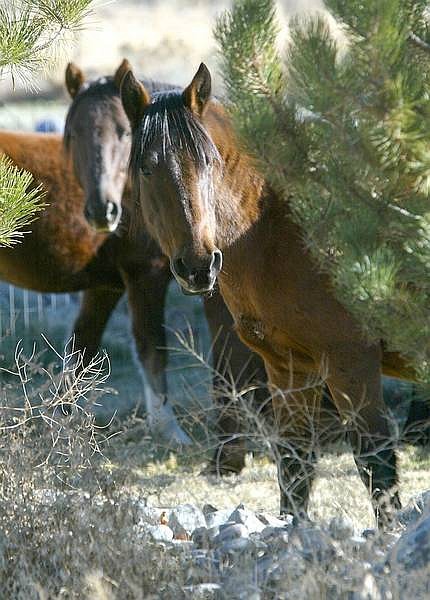 Belinda Grant/Nevada Appeal News Service Wild horses were spotted earlier this week at the corner of Bitterbrush Court and East Valley Road in the Carson Valley. Many find them beautiful, but the people providing the feed and water that draws these horses into residential areas could be killing them.