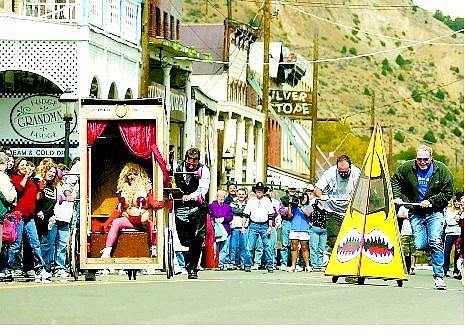 Brad Horn/Nevada Appeal The Ole Tyme Classic, left, and the Urinator race down C Street in Virginia City during the first heat of the 10th annual World Championship Outhouse Races on Saturday. Riding the Classic is Pammers Biddle of the Ole Tyme Saloon.