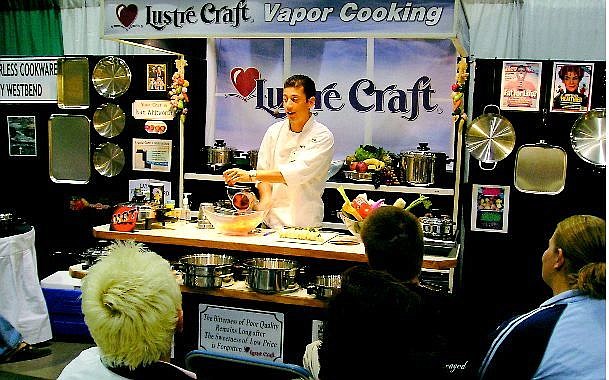 Sam Bauman/Nevada Appeal Demonstratons have increased at home and garden shows, in this case with a standup comic, Ivan Whitworth, in charge.