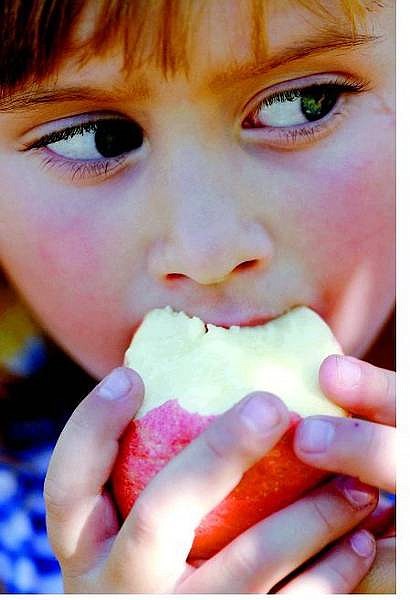 Brian Sokol/Nevada Appeal Bella Kordonowy, 4, takes a bite of an organic Gala apple, at Agape Organics, her grandparents&#039; orchard in Washoe Valley, on Wednesday. Agape Organics is the only functioning apple orchard in Northern Nevada.