Everyone was Basque at Fuji Park 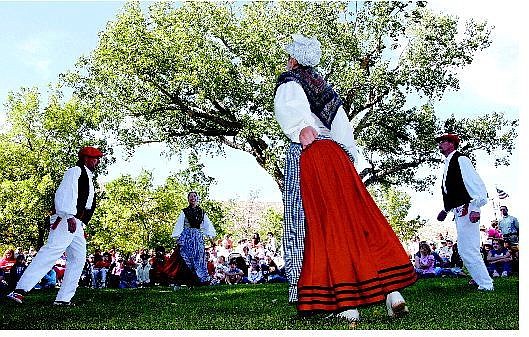 Brian Sokol/Nevada Appeal Members of the Zenbat Gara traditional Basque dance troupe provide a cultural performance for a crowd of eager spectators at the St. Teresa&#039;s Basque Festival, Sunday afternoon at Fuji Park. The Zenbat Gara Dance Troupe was formed in 1989 by UNR professor Lisa M. Corcostegui (second from left) in order to educate the community, &quot;so that we may grow in our appreciation of the Basque culture which manifests itself visibly in the form of dance.&quot;