High school student's arrest may be related to school graffiti 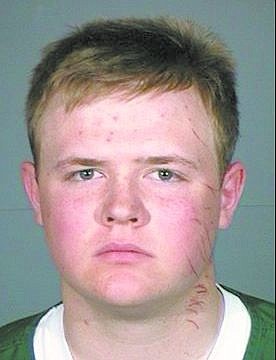 Troy Szczotka, 18, was booked into the Carson City Jail on suspicion of misdemeanor obstructing a peace officer and destruction of property.