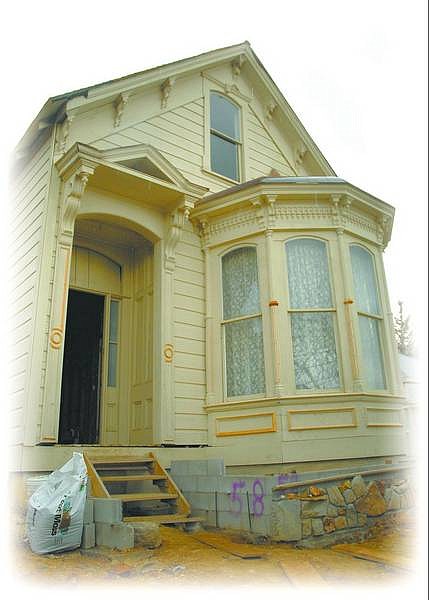 Kevin Clifford/Nevada Appeal The exterior of this Victorian home at 58 B St. in Virginia City will remain under construction for about a year until the owners, the Eichin family, convert it into a bed and breakfast.