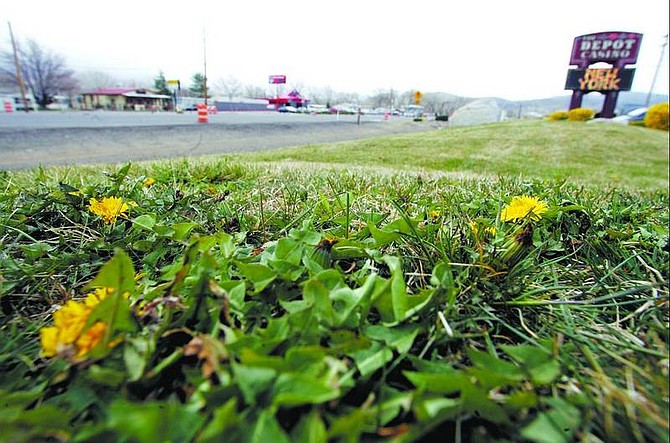 BRAD HORN/Nevada Appeal The Depot Casino in Dayton on Monday. Lyon County Commissioners approved a new landscape ordinance which places less of a burden on business owners than a previous plan they saw in August.