Most local graffiti is gang related 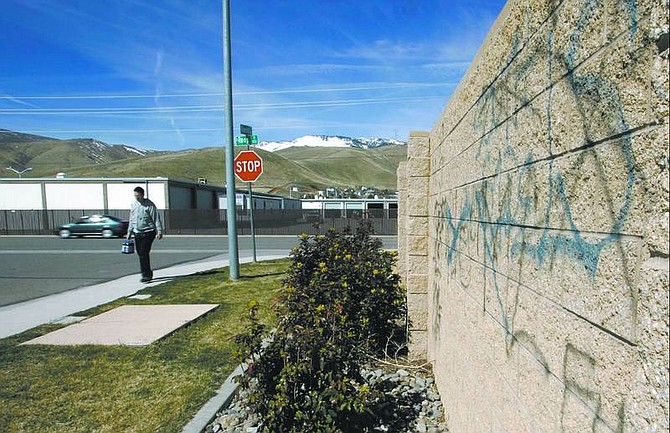 Cathleen Allison/Nevada Appeal Graffiti found on the walls around the post office at Roop Street and Little Lane has been there for three weeks. A gang officer said Carson City graffiti is a way for rival gangs to call each other out.