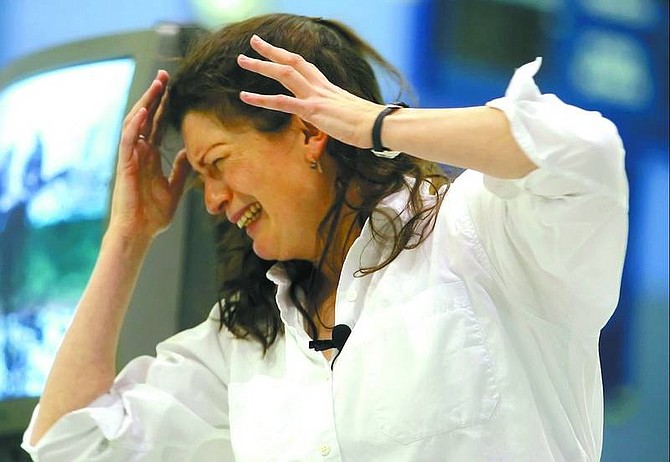 BRAD HORN/Nevada Appeal Susanne Burney plays the character Sarah Weiss, a fictional friend of Anne Frank&#039;s compiled from the lives of several real people, during a performance for students at Dayton Intermediate School on Monday morning.