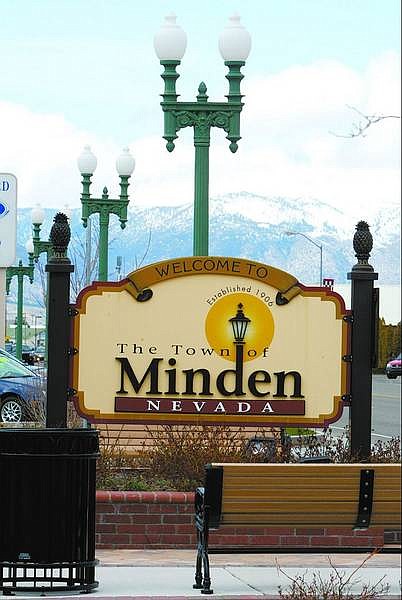 This gateway sign in Minden is one example of a good sign that helps draw tourists. It contains few words and is easy to read. A recent presentation by a tourism expert said drivers have four seconds to read a sign. Belinda Grant/Nevada Appeal News Service