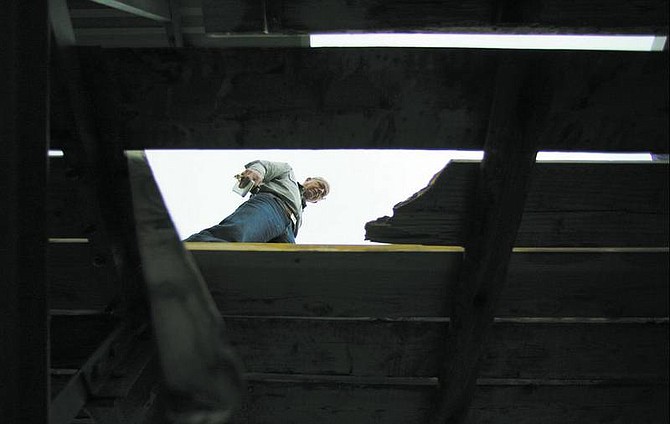 photos by BRAD HORN/Nevada Appeal Mike Mitchell, director of operations for the Carson City School District, looks through a broken board in the bleachers at Carson High School on Wednesday. The school board will ask voters to approve a $25 million bond in this year&#039;s election to repairs such as this throughout the district.