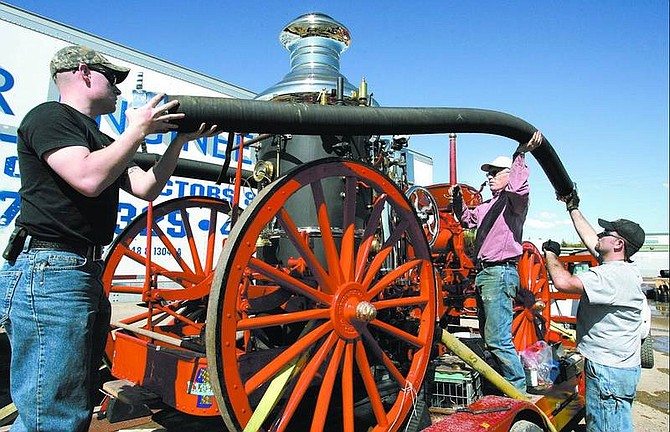 Cathleen Allison/Nevada Appeal From left, Alan Sharp, Jack Greenhalgh and Ryan Ramsdell put hoses away after conducting tests an 1876 Clapp and Jones Steam fire engine Thursday afternoon in Reno. The restored coal-burning steam engine will be part of re-enactment of the 1906 San Francisco earthquake and fire.