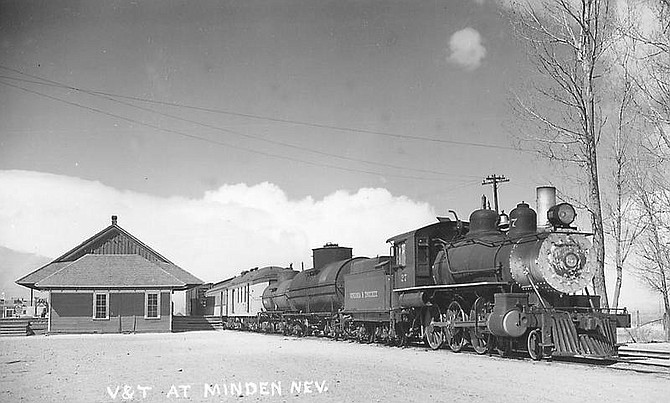 The Virginia &amp; Truckee Railroad locomotive No. 27 at the Minden Depot.