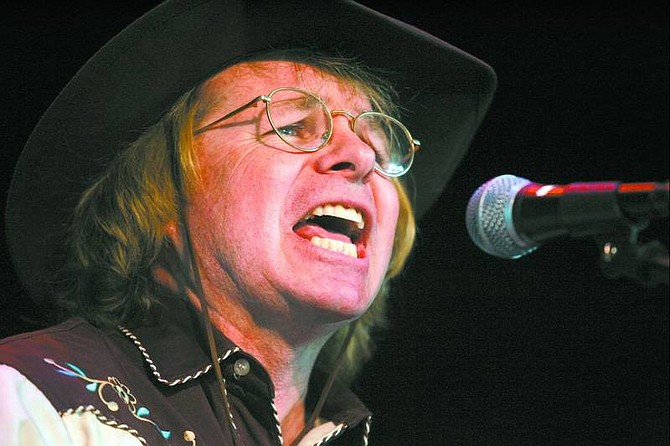 BRAD HORN/Nevada Appeal Steve Kern, of Pacific Grove, Calif., performs during the &#039;A Day at Piper&#039;s&#039; fundraiser in Virginia City on Saturday. Kern performs in tribute to John Denver.