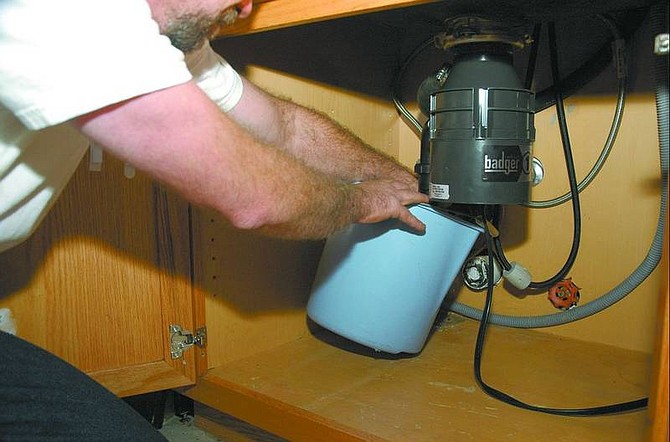 Photos by Kevin Clifford/Nevada Appeal Water is drained from the pipes to allow the plumber easier access to the drain and to check for clogs.