Mythology, the board way 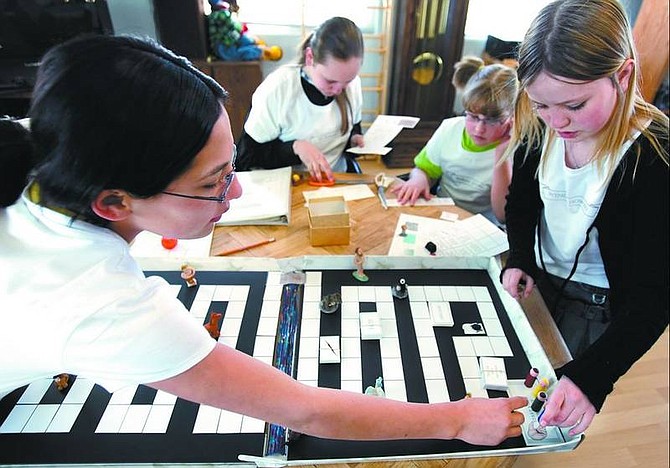 Chad Lundquist/Nevada Appeal Briseida Hyatt, 12, Liz Howard, 12, Mariah Young, 11, Wendy Howard, 10, the four creators of the board game &quot;Ha Ha You Mythed Me,&quot; work to finish parts of the game Tuesday. The girls hope their game will make a strong showing at the national TOYchallenge scheduled for April 29 in San Diego.