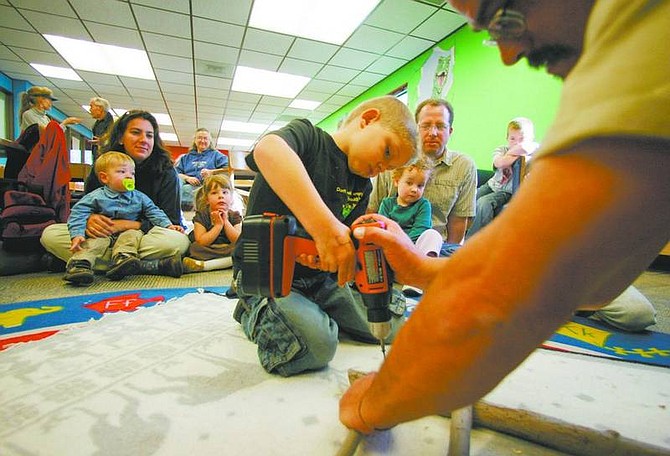 BRAD HORN/Nevada Appeal Samuel Johnson, 6, of Carson City, helps &#039;Willow Bill&#039; Goulardt assemble a reindeer at the Carson City Library on Saturday. The reindeer will be on display at the Capitol for Christmas.