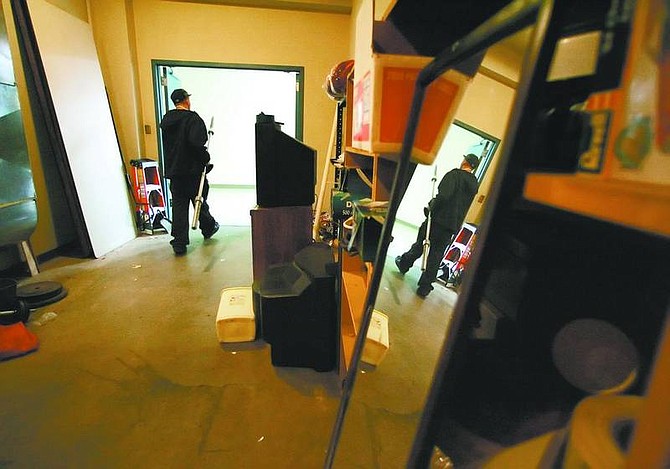 Victor Bruno IV carries a bench press bar out of a storage closet at Stewart Gym after the club was evicted Friday. The club is looking for somewhere else to train members.