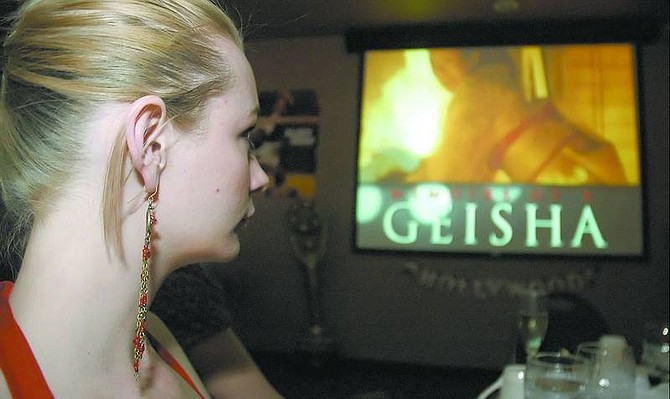 Kevin Clifford/Nevada Appeal Lindsey Brenhinger, 17, watches as &quot;Memoirs of a Geisha&quot; is nominated for best original score Sunday night during the Night at the Oscars hosted by the Soroptimist International of Carson City.