Seek help, training before heading to the shelter 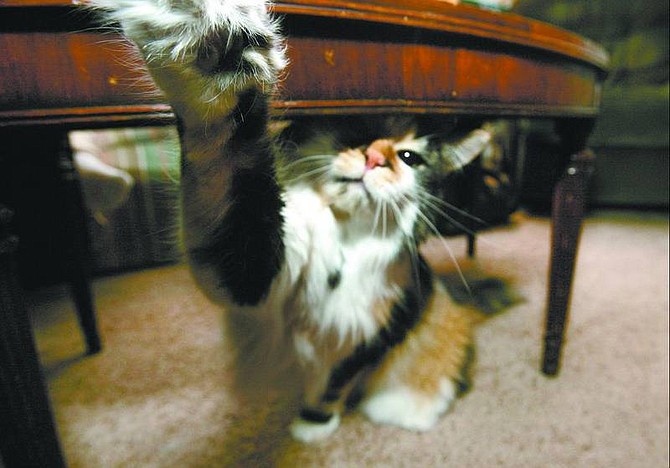 Cathleen Allison/Nevada Appeal Julie, a 4-year-old spayed female calico, reaches for the camera lens recently at her Dayton home. Julie has a fear/aggression problem and her owner is working with Animal Behaviorist Adrienne Navarro to help resolve it.