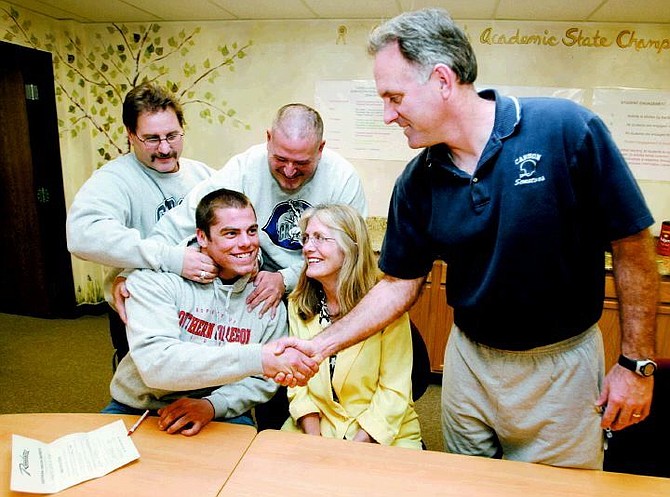 Cathleen Allison/Nevada Appeal After signing a letter of intent to play for Southern Oregon, Eric Walthers gets congratulated by Carson High football coach Shane Quilling, right, as coaches Jim Franz, Jim Bean, and his mom Sheila joke with him.