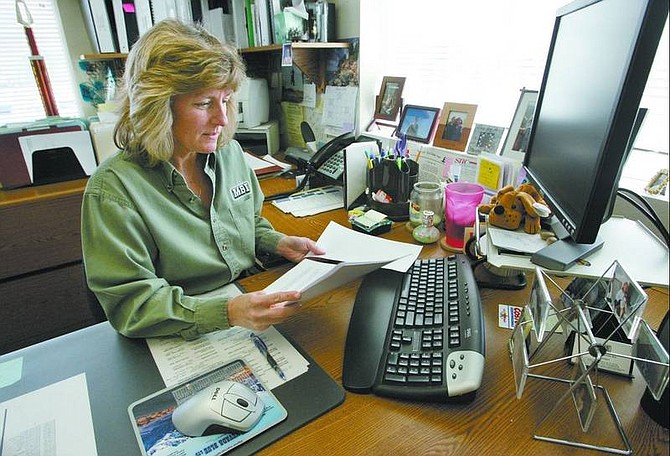 Cathleen Allison/Nevada Appeal Lynn Mackay, office manager for Metcalf Builders Inc., reads through registration paperwork from a federal Web site that will allow her to check the immigration status of new employees.