'Curse' turns to motivation for man with no arms 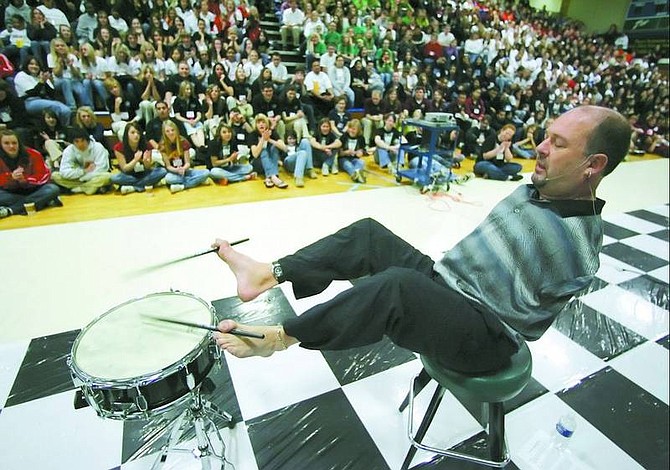 BRAD HORN/Nevada Appeal Motivational speaker Alvin Law plays a snare drum at Carson High School on Friday morning. Law, who has spoken to more than one million students, was born without arms, but doesn&#039;t let it get in the way of his dreams.