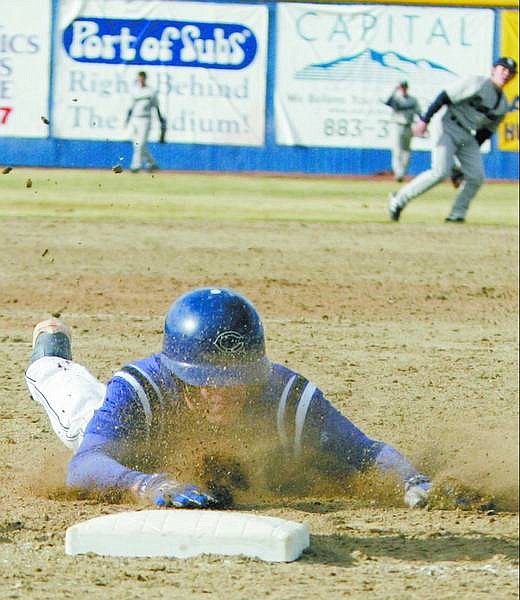 BRAD HORN/Nevada Appeal Carson&#039;s Sean Costella dives safely into third base after hitting a triple and driving in the go ahead run in the sixth inning in the Senator&#039;s game against Damonte Ranch at Ron McNutt Field on Saturday. Costella scored on the play on an error.