Many have military memories ... 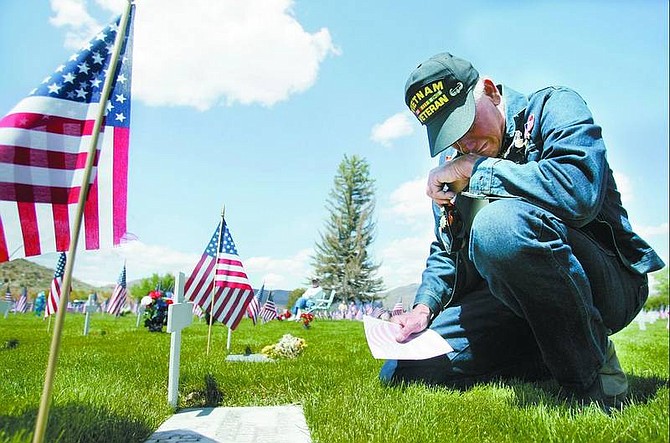 Chad Lundquist/Nevada Appeal Overcome with tears, Vietnam veteran Steve Jazercak, 59, takes a moment to mourn at the grave of a friend&#039;s father. The man died in the Tet offensive in Vietnam, said Jazercak just after the Memorial Day Service at Lone Mountain Cemetery on Monday. &quot;I went to Vietnam with 10 of my friends and ended up burying eight of them&quot; - one of whom was his high school friend.