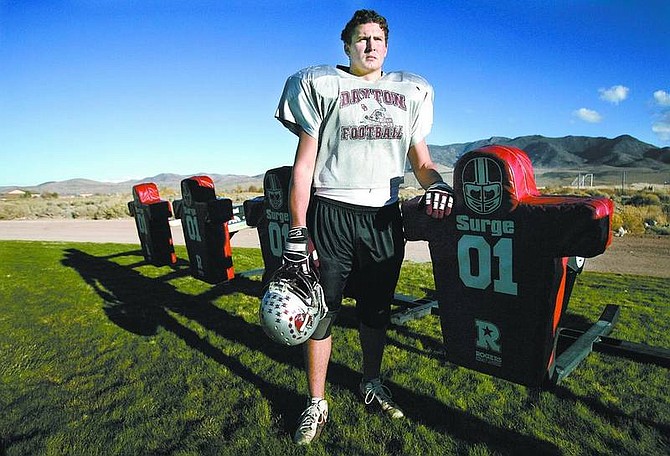 Cathleen Allison/Nevada Appeal At six-foot-four, and 265-pounds, Dayton linebacker Brandon Seymour, 17, is being recruited by Colorado State and Utah State.