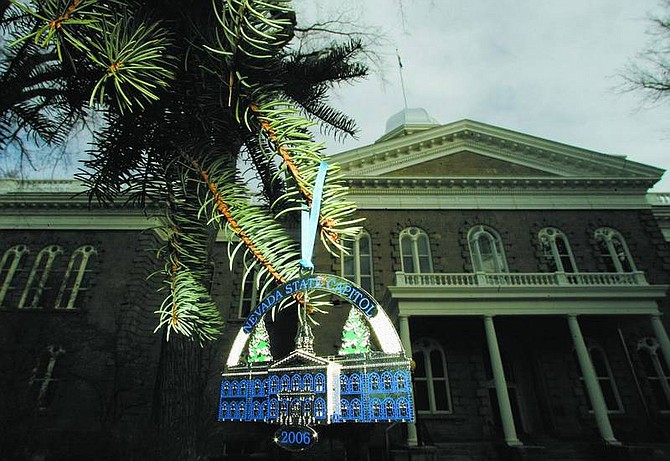 The Carson City Redevelopment Authority&#039;s Christmas ornament is on sale at City Hall for $15. This year&#039;s ornament, which depicts the state Capitol, is the fifth in a series that shows historic buildings in Carson City. BRAD HORN/ Nevada Appeal