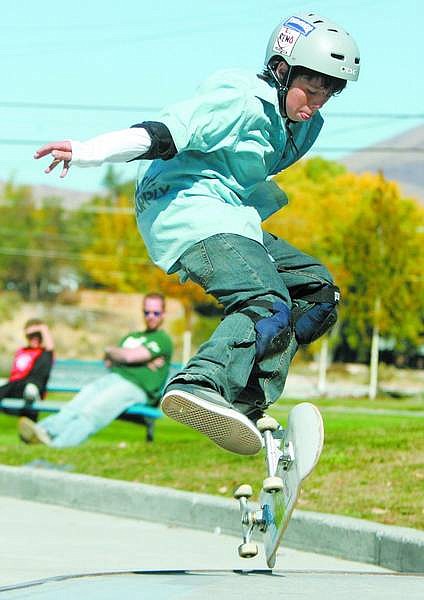 BRAD HORN/Nevada Appeal Andy Ferguson-McIntyre performs a trick during the Carson City Department of Parks and Recreation and the 702 Skate &amp; Snowboard Shop&#039;s skateboard competition at Mills Park on Saturday.