The path to healing has many twists and turns 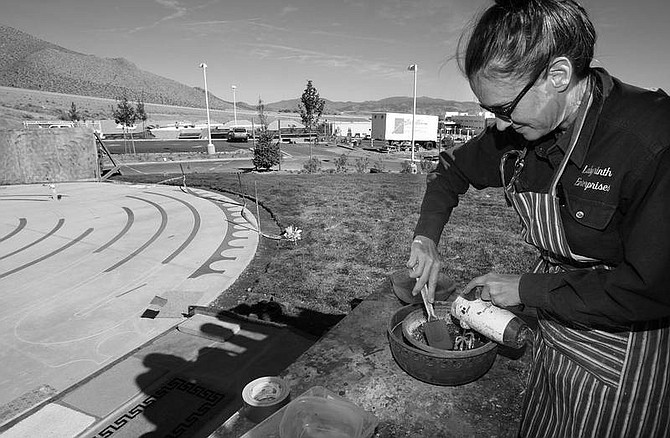 Cathleen Allison/Nevada Appeal Judy Hopen, with Labyrinth Enterprises, mixes colored concrete Friday afternoon outside the Carson Tahoe Cancer Center. Hopen is creating a labyrinth at the entrance to the facility which is expected to open Nov. 6.