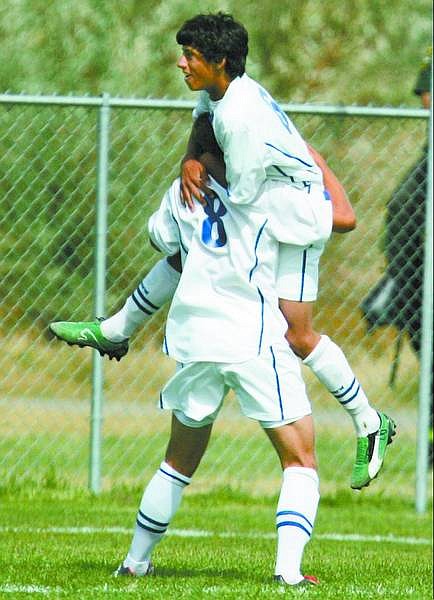 BRAD HORN/Nevada Appeal Carson&#039;s Drew Good celebrates a first half goal for the Senators in their game against the Reno Huskies in Carson City on Saturday. Carson beat Reno 3-1.