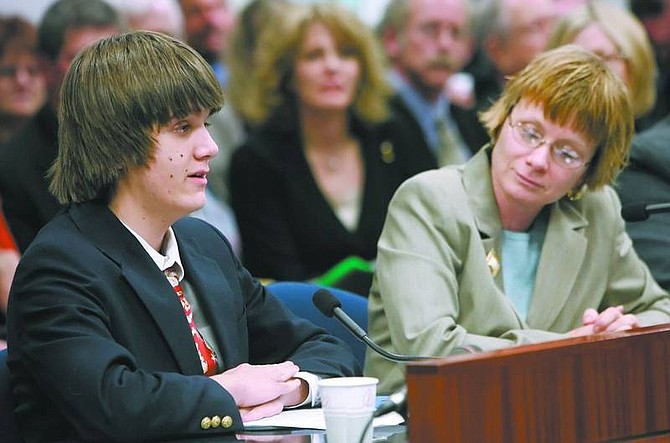 Chad Lundquist/Nevada Appeal Cliff Schumacher, left, testifies Monday before the Assembly Health and Human Services Committee on AB525 that would grant $6.4 million to help battle autism in Nevada. The 16-year-old, along with his mother Washoe County Family Court Judge Deborah Schumacher, right, and several dozen autism advocates filled the hearing room in support of the bill at the Legislature.