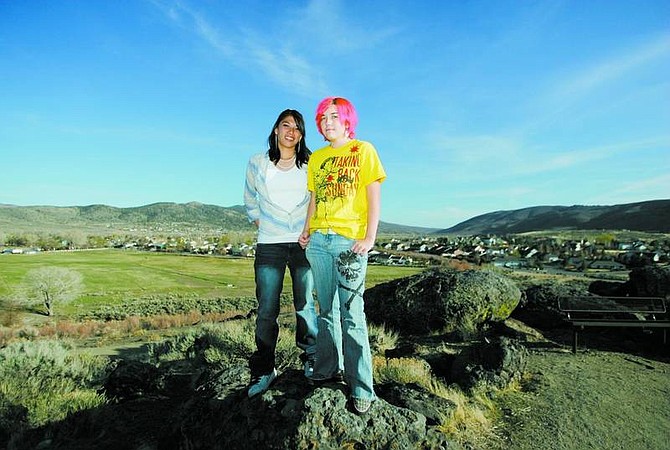 BRAD HORN/Nevada Appeal As part of a Girl Scout project, Caroline Montiel, 15, left, and Erica Knutson, 15, designed a rock sculpture that will be placed at the Moffat open space property. The high school freshmen are in Carson City Troop 475. Montiel plans to attend University of California at Los Angeles while Knutson wants to study at University of Nevada, Las Vegas.