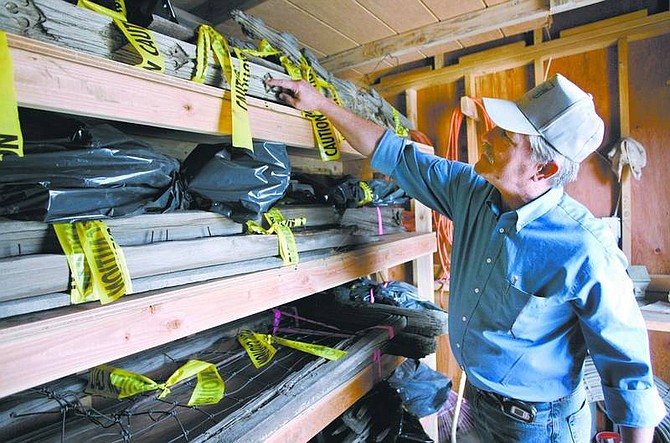 Cathleen Allison/Nevada Appeal Lyon County Engineer Dick Faber looks through historic debris at the Silver City Cemetery on Wednesday. A work crew inadvertently picked up items that were intended to remain at the cemetery and archeologist Ron Reno is helping officials sort and return the items to the correct gravesites.