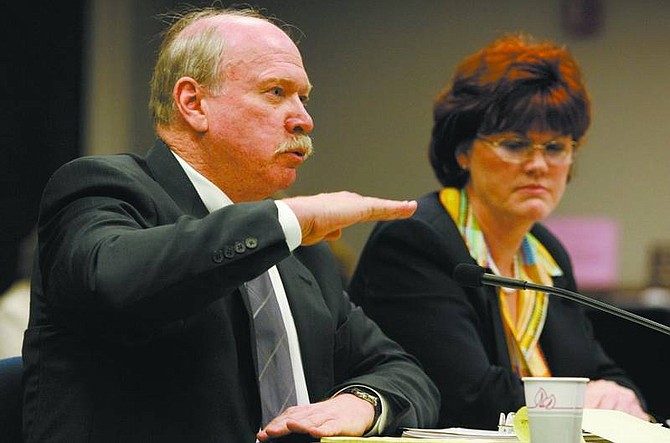 Cathleen Allison/Nevada Appeal Clark County Family Court Judge Gerry Hardcastle, left, and Nevada Assemblywoman Susan Gerhardt, D-Henderson, testify Wednesday at the Legislature. Lawmakers passed Gerhardt&#039;s measure that allows a Nevada court to restore parental rights if a child is not likely to be adopted and if it&#039;s in the best interest of the child.