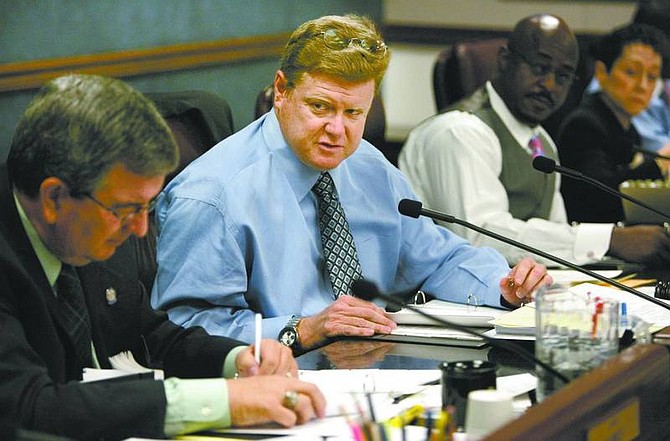 Cathleen Allison/Nevada Appeal The Nevada Senate Judiciary Committee works Wednesday at the Legislature. From left, Sens. Mike McGinness, R-Fallon, Mark Amodei, R-Carson City, Maurice Washington, R-Sparks, and Valerie Wiener, D-Las Vegas, talk in a work session. The committee passed a bill that would prevent doctors&#039; apologies to their patients or patients&#039; families from being admitted as court evidence if they&#039;re sued for negligence later on.