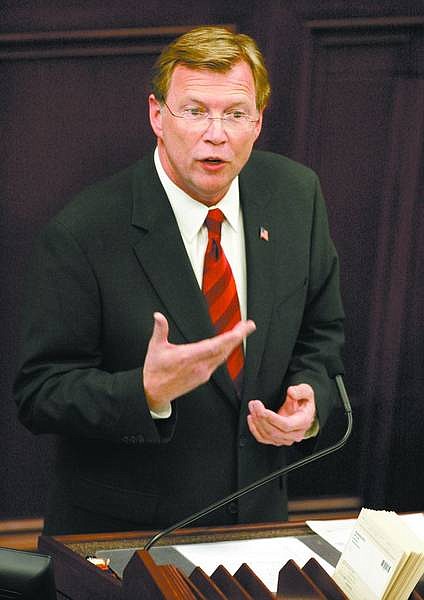 Cathleen Allison/Nevada Appeal Rep. Jon Porter, R-Nev., speaks to the Nevada Legislature on Thursday. Porter said he believes the U.S. can and must win the Iraq War and doesn&#039;t need the Democratic-sponsored tax increase to pay for it.