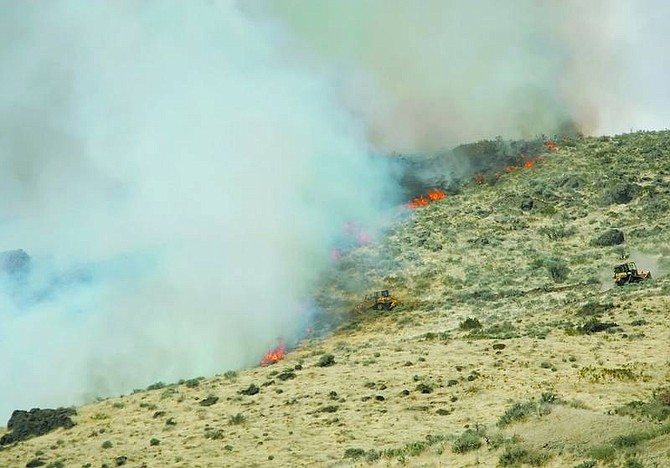 BRAD HORN/Nevada Appeal Bulldozers build a fire line at the top of a hill in Pleasant Valley to help combat a brush fire that burned about 75 acres Friday morning. Officials said they hoped to have the fire contained by the end of the day.