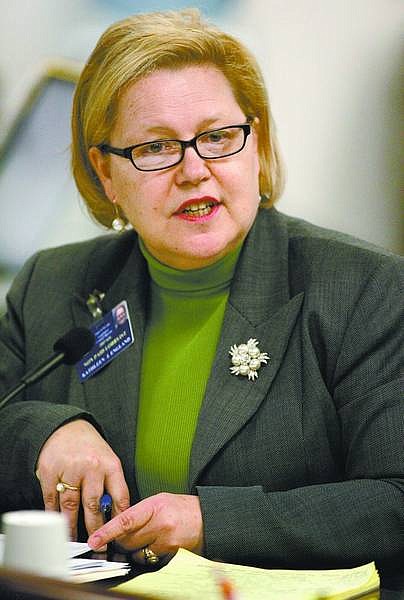 Cathleen Allison/Nevada Appeal Kathleen England, with Planned Parenthood, testifies Friday at the Legislature. England opposes a proposal to increase penalties for those who injure or kill a pregnant woman&#039;s fetus.