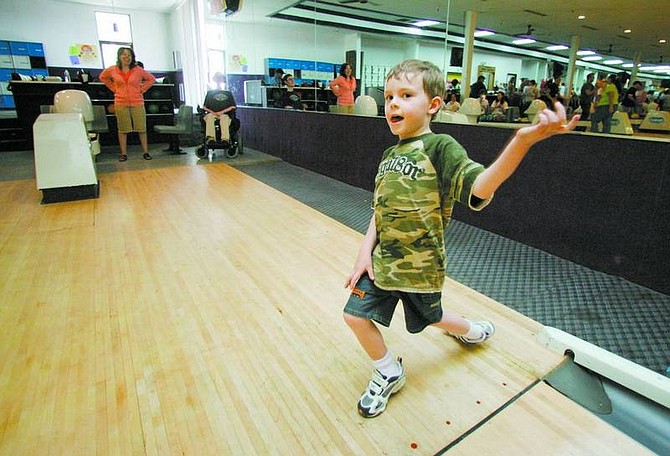 BRAD HORN/Nevada Appeal Quinn Rondeau, 5, of Virginia City, celebrates a spare on Saturday at the Carson Lanes. His brother Jacob, back, and mother Jenna were celebrating Jacob&#039;s 20th birthday at the event.