Babies and bunnies frolic at the Governor's Mansion 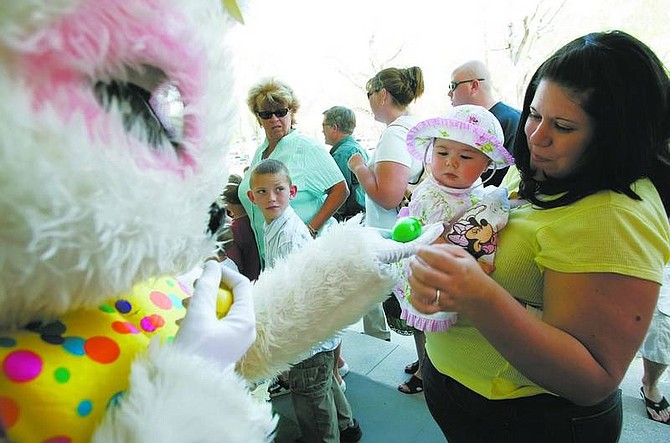