Eggs everywhere ... but not a one to spare 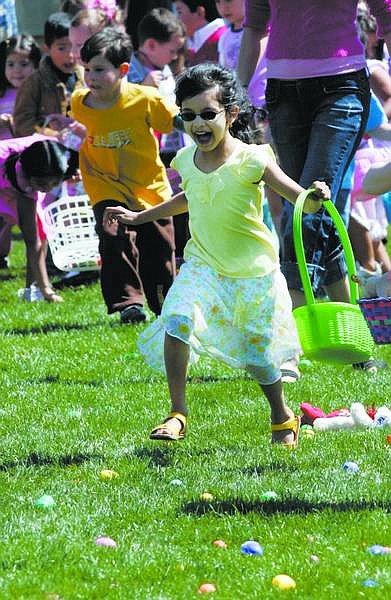 Chad Lundquist/Nevada Appeal Aishwarya Anand, 5, dashes forward to collect her share of the 20,000 brightly colored Easter eggs placed on Governor&#039;s Field Sunday afternoon. It only took four minutes for the 3,500 children to gather what took volunteers more than an hour to disperse.