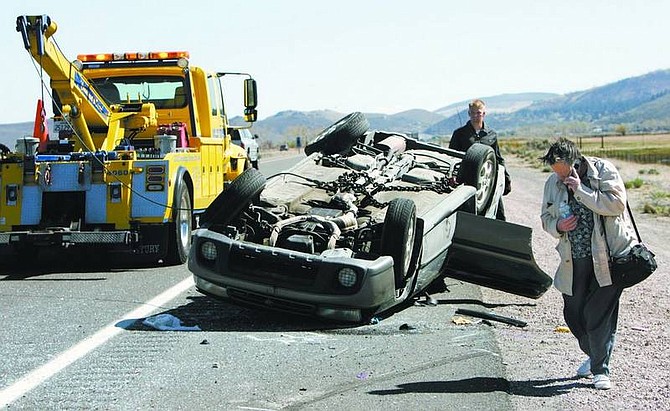 Chad Lundquist/Nevada Appeal Christine L. Jones, 54, of Silver Springs, makes a phone call while waiting to collect her belongings after a gust of wind caused her to lose control and flip her car. Her daughter-in-law suffered a head injury and was taken from the scene in Washoe Valley by helicopter Monday.