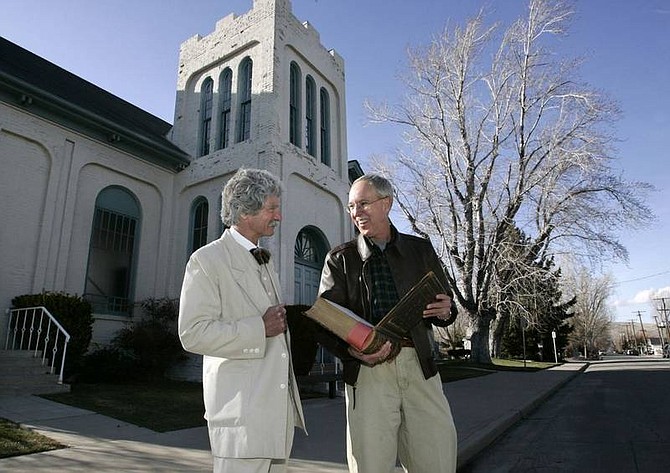 Cathleen Allison/Nevada Appeal Mark Twain impersonator MacAvoy Lane, left, and the Rev. Bruce Kochsmeier talk about the history of the First Presbyterian Church in Carson City on March 21, 2006. As a fledgling writer in his 20s, Mark Twain was well known for his carousing at saloons. But now Twain is getting attention for a little-known good deed during that period: His role in helping raise money for construction of the First Presbyterian Church in January 1864. Kochsmeier is holding a Bible dedicated to Mark Twain&#039;s niece Jennie Clemens, who died at the age of 10 in 1864.