Locomotive spends a short time in its future home 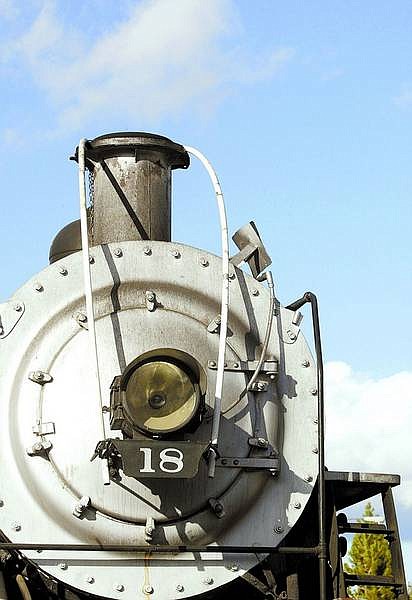 Shannon Litz /Nevada appeal news service photos The McCloud Railroad No. 18 sits on the back of a truck on the road to Oakdale,Calif.