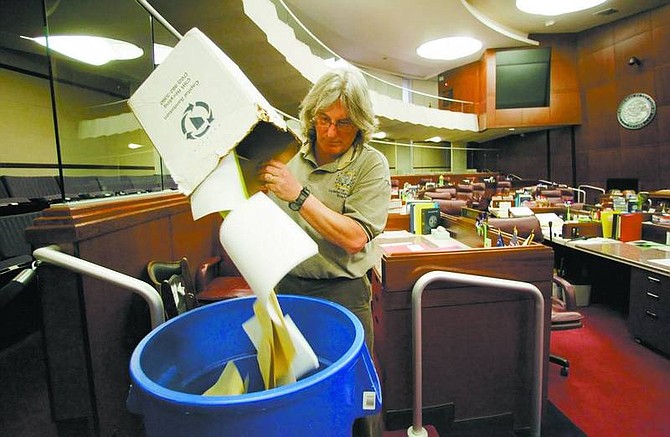 Mike Hoffman dumps dead bills and other trash into a trash can in the Assembly Chambers at the Nevada State Legislature on Friday. Brad Horn/ Nevada Appeal